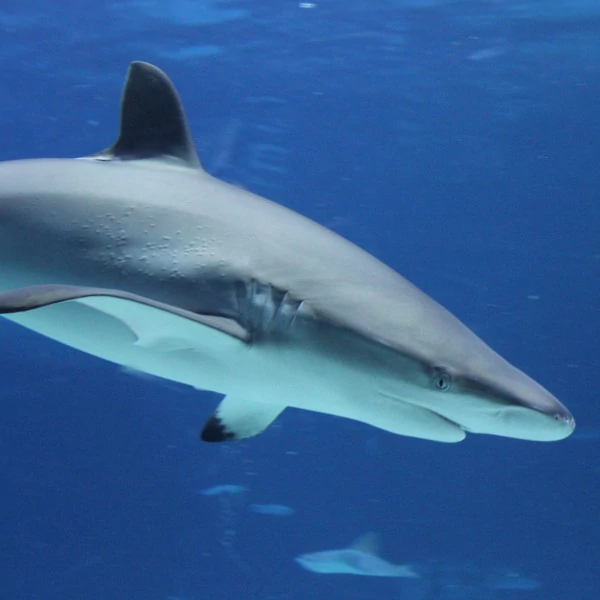 Endangered (EN)
Back To All Animals

Western Atlantic from Massachusetts, USA, south to southern Brazil, in the Gulf of Mexico, and the Caribbean Sea. In the eastern Atlantic, silky sharks are found near Spain, northern Angola, and Cape Verde. In the Indo-Pacific there are a few records from the Red Sea and Natal, South Africa, China, New Zealand, and in the Caroline, Hawaiian, Phoenix, and Line islands. In the eastern Pacific, the silky is found near southern Baja California, Mexico, and northern Chile.

Measure up to 3.5 m in length with a maximum published weight of 346 kg.

The silky shark is named for the smooth texture of its skin, which is made up of densely packed scales called dermal denticles. It is one of the most abundant sharks and can be found in tropical waters around the world. It is a swift and aggressive hunter, feeding mainly on bony fish and squid. It has been known to drive prey into compacted schools before launching into an open-mouthed, slashing attack. Highly mobile and migratory, it will often travel with others of similar size indicating that size segregation is present within the species. Typically, smaller sharks can be found in coastal nurseries, while larger adults are further offshore over deeper water. Small silky sharks are commonly associated with schools of tuna.